Thames Water are one of the oldest water utility companies in the UK with a vast area spanning from the edges of Hampshire to the east of London. This project was to help identify leaks and increase the response time further down the process. It all starts at the discovery of the leak through to the reporting from the 3rd party companies Thames Water works with

Two sides of the coin

The MSL was what the skeleton concept was created from, being the simpler of the two journeys. This helped shape the service/design patterns for the larger and more complex Customer side

Leaks that often come from the meter box into houses are considered customer side. These leaks are much harder to identify and fix as they require access to properties and possible permits.

Thames Water had three separate 3rd party companies all using various applications to record leaks and hand back to Thames. The goal of this app was to remove all the inconsistent apps and build one that meets the requirements of all the parties included. We took the sum of around 80 questions and minimised this to around 30, which as you can imagine impressed the front line staff. The full effects of the app where felt in the reduction of time and data integrity received by Thames Water.

Dashboard view of the jobs 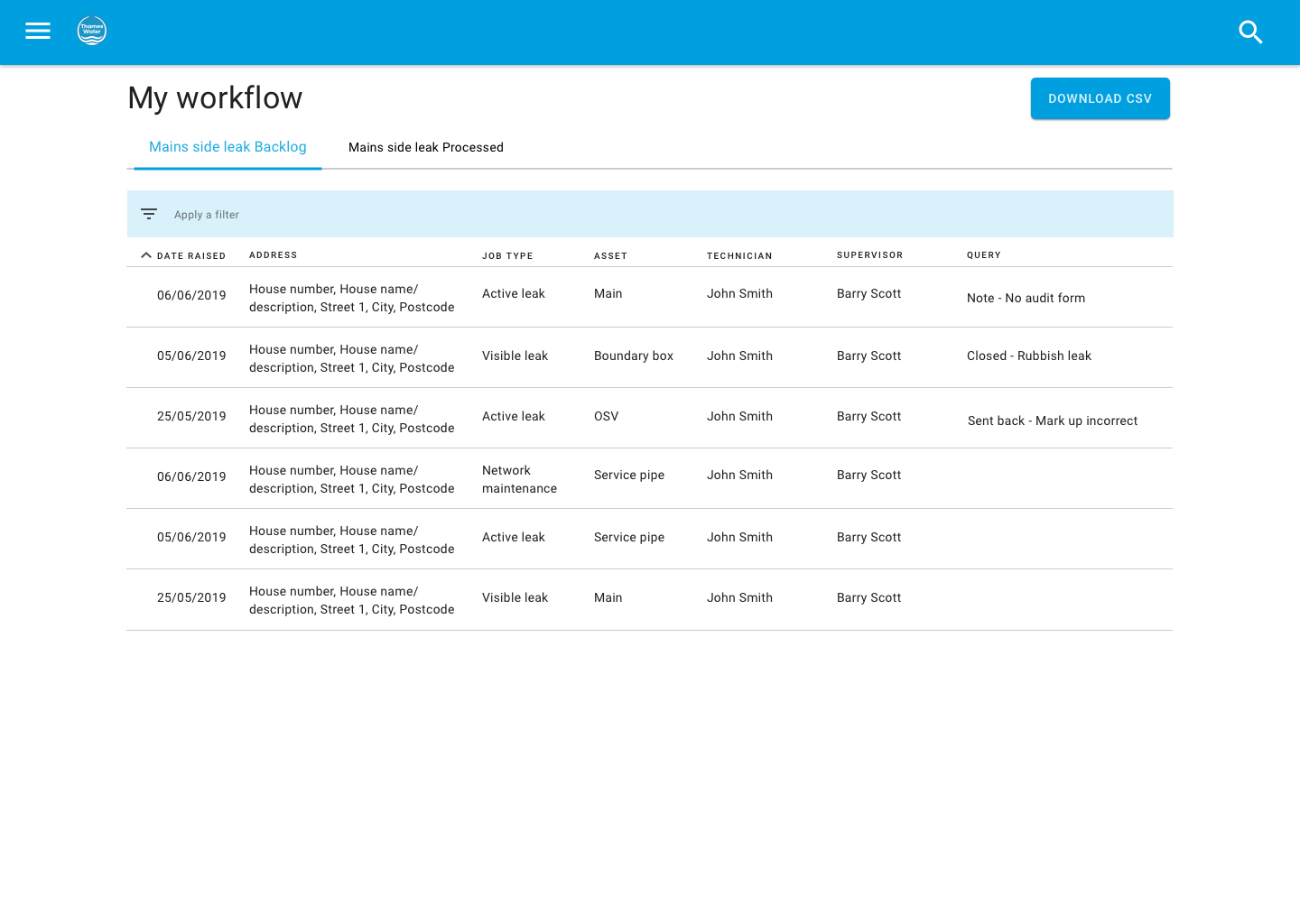 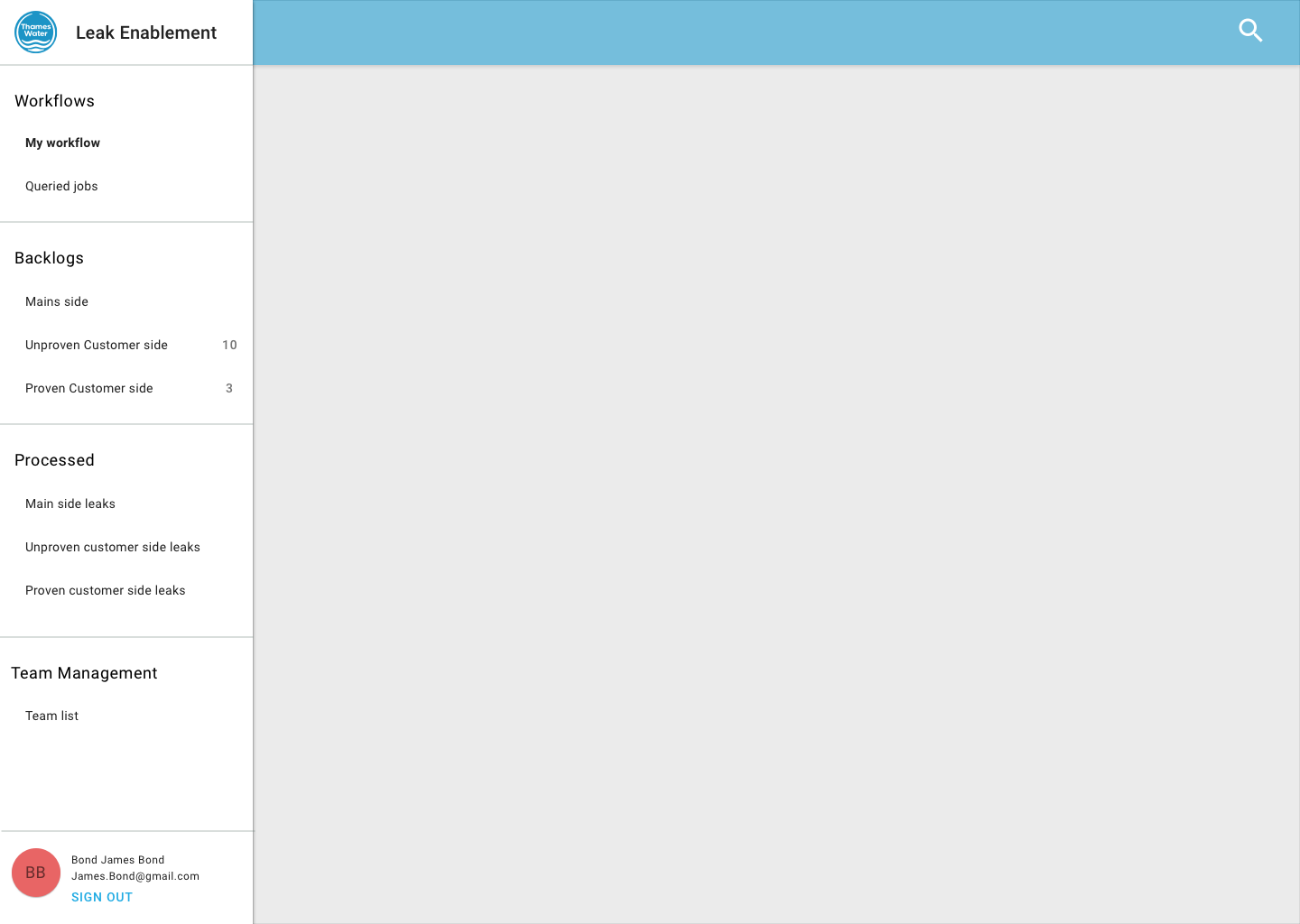 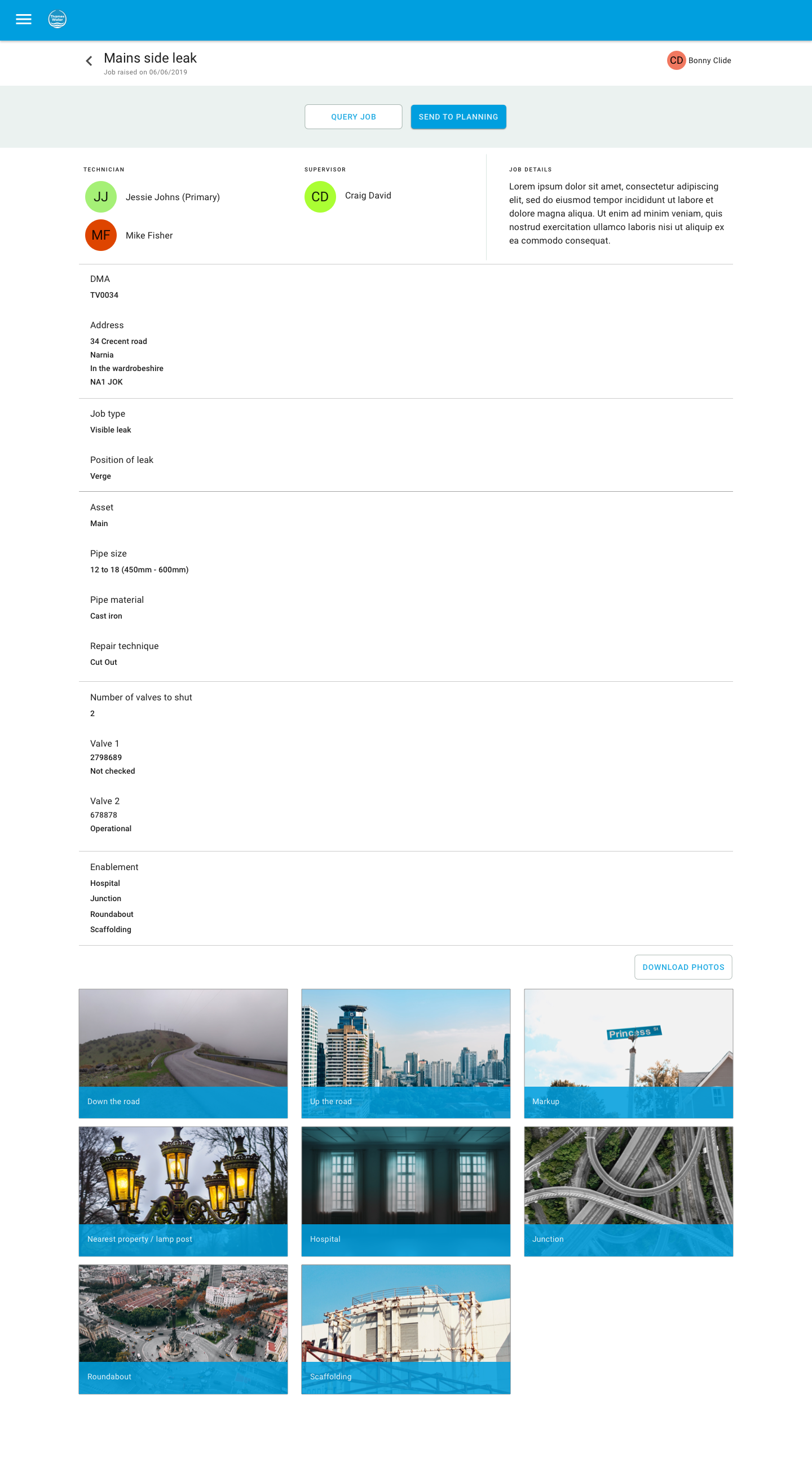 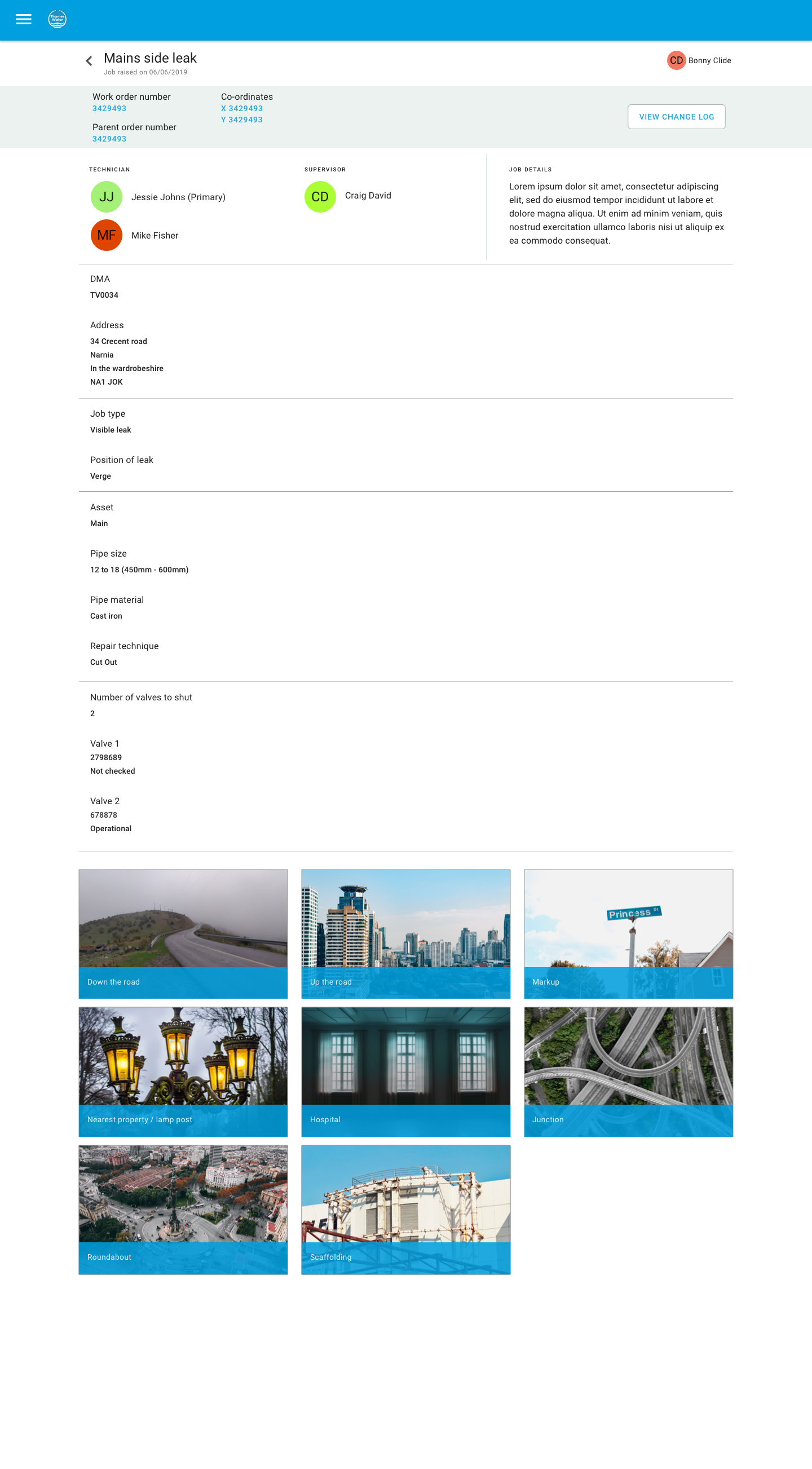 We had various key user groups and one of the most important where the admin teams. These guys currently had several different ways of recording jobs that would eventually find there way into SAP however with vast discrepancies in data integrity. Therefore we created a one stop shop, which removed information going missing through lost email trains and allowed quick and accurate recording and reporting of leaks.

Following on with UCD

The project length was roughly 10 months and during that time I was conducting workshops, interviews, exploring the users needs and relaying them back to both the team and stakeholders. This project started before the Covid-19 pandemic and continued to it’s conclusion meaning I had to adapt the testing methods once the Gov guidelines had been released. Testing resumed but from digital platforms and communications which was tricky to begin with but once we had a successful method in place, they became much easier to analysis.

What gave this project it’s excellent  adoption rate was the user interactions during the build coupled with the ability for the team to adapt development to suite the users requirements. Yes it was a completely new way of working but the team and I adapted successfully in releasing a UCD application with tremendous buy in from all parties. 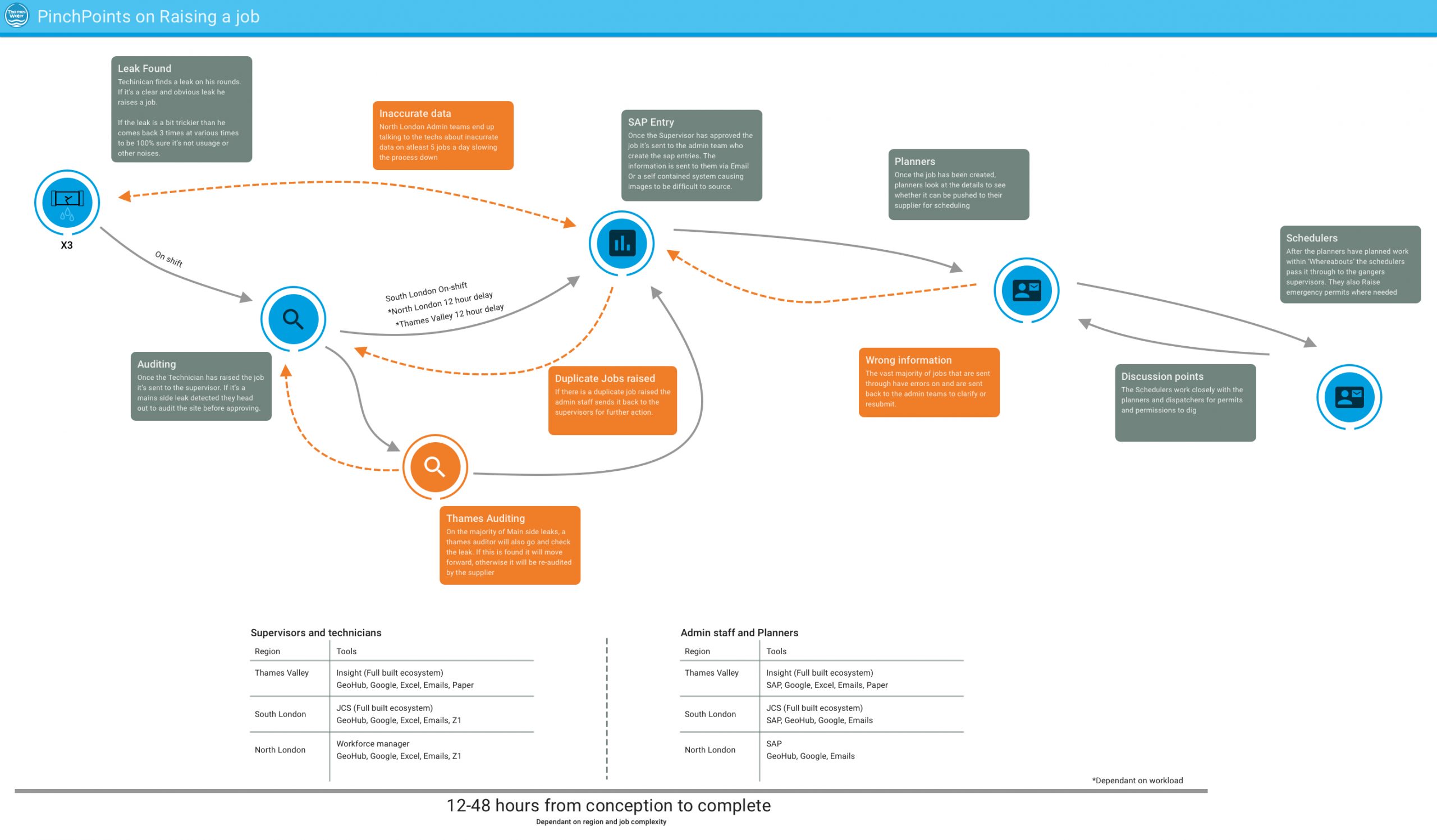 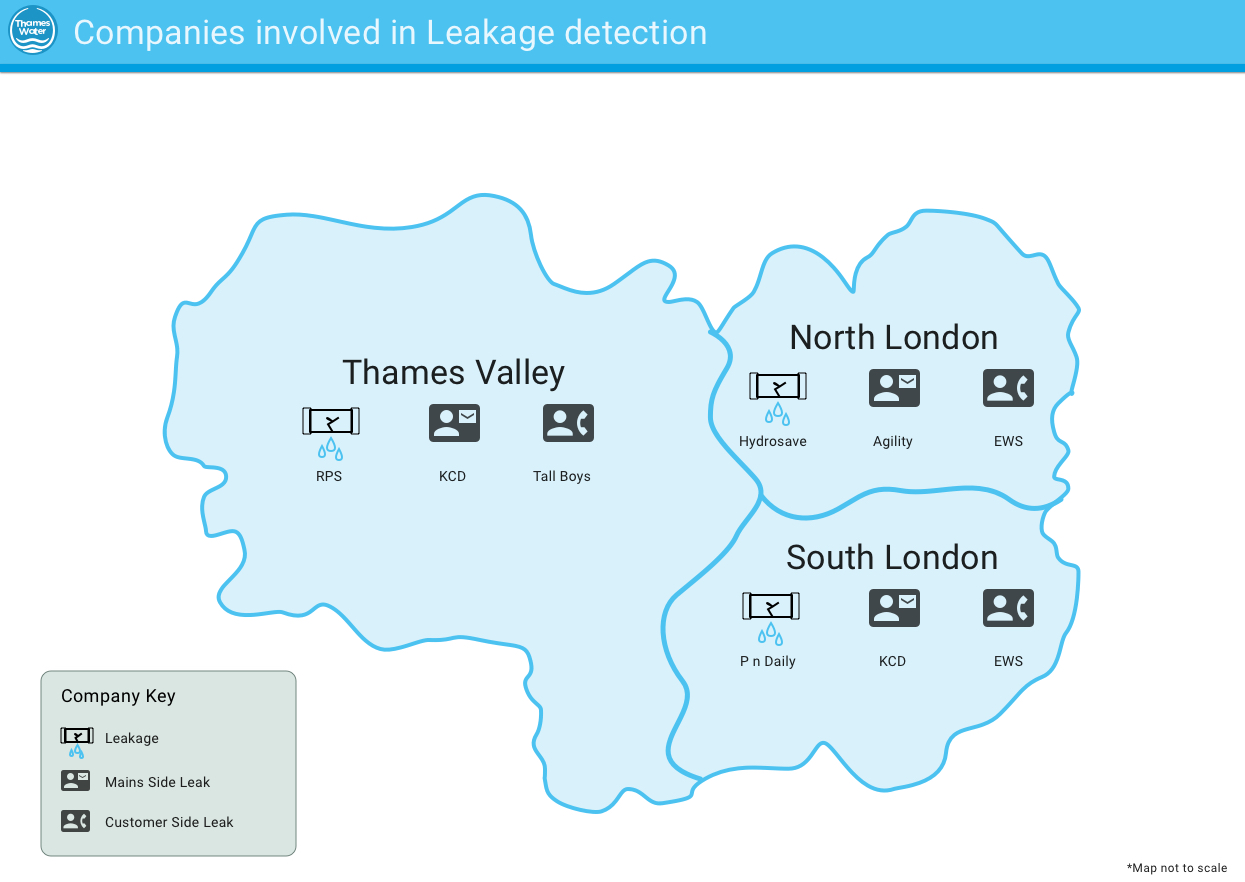 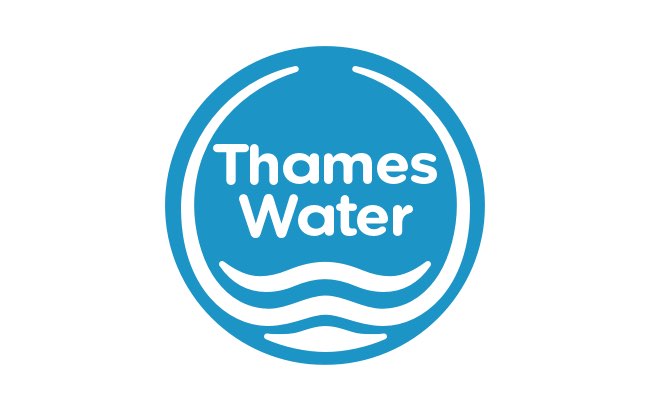 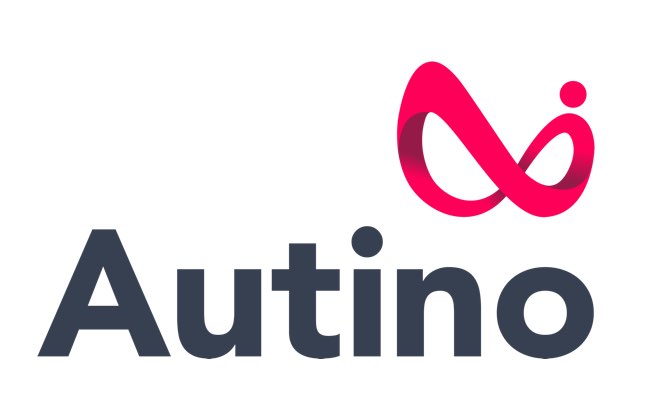 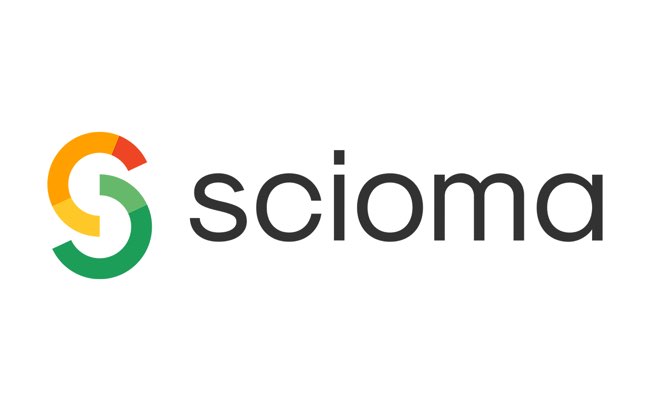 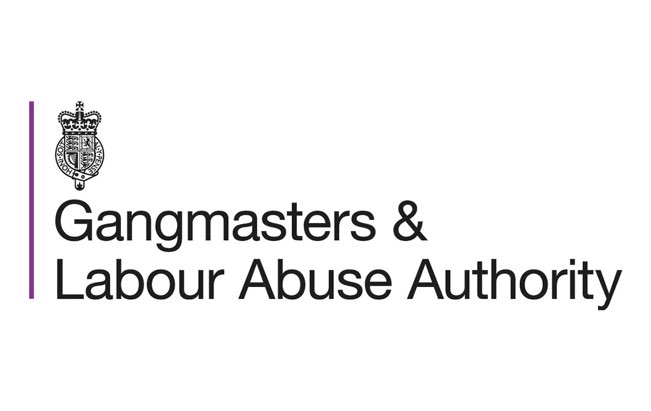 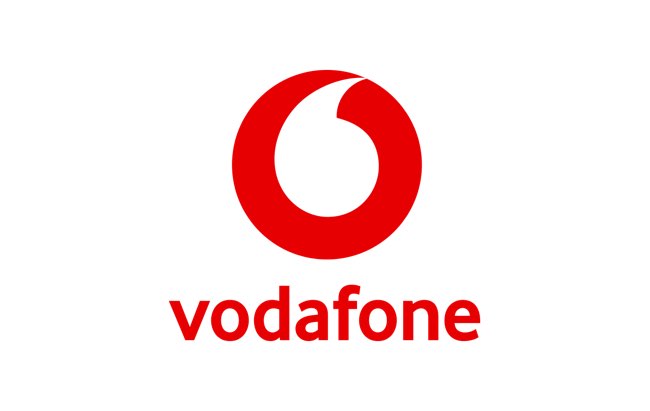 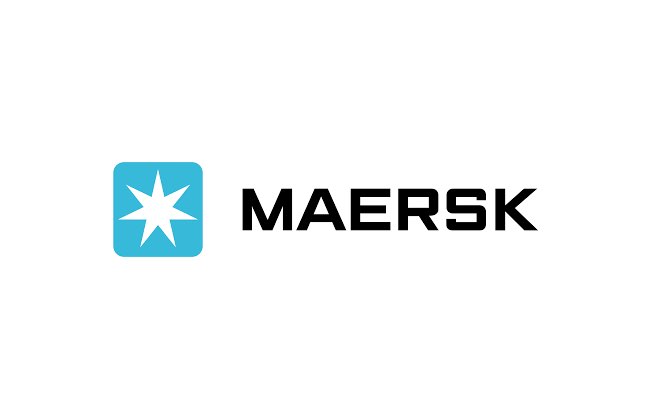